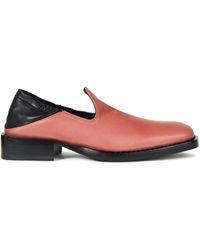 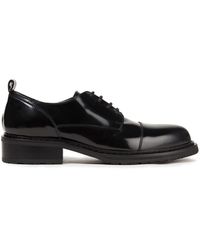 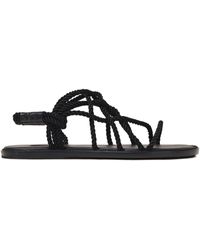 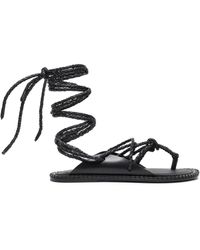 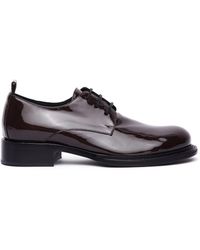 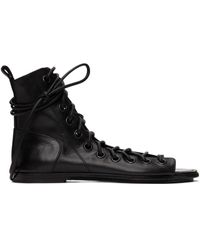 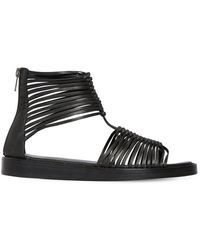 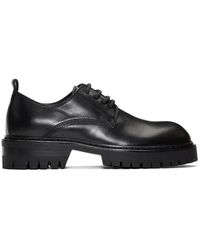 Ann Demeulemeester was awarded the Gouden Spoel, an annually awarded prize to the year's most promising fashion designer in 1982 before going on to create her own fashion line. The avant-garde designer showcased her first collection in London in 1986 after studying fashion design at the Royal Academy of Fine Arts in Antwerp where she gained the reputation as a member of the 'Antwerp Six', the radical and distinctive Belgian designers of the 80s. The Belgium born designer is recognized for creating footwear collections that are synonymous with raw, edgy appeal. Think impeccably crafted brogues, mules and sandals. Caged ankles, T-bar strap designs and suede slip-on styles are just a few of the highlights. Follow in the footsteps of the fashion elite and take home a pair of Ann Demeulemeester flats today.